September 4, 2016- Brooklyn, New York-United States: J'Ouvert 2016.is celebrated in the Brooklyn. With at least 3 people shot and 1 stabbing, this first time NYPD approved nightime fete was plagued with a series of violent acts that did put a damper on this J'Overt night. J'Ouvert derives from a French term "jour overt" meaning day break. It dates back over 200 years when French plantation owners and stemmed from night celebrations where owners imitated slaves. This form of celebration was reversed when freed slaves began to mock their master's behavior and continued to use this form of celebration in remembrance of their emancipation. (Photo by Terrence Jennings/terrencejennings.com)

Add to Cart Add to Lightbox 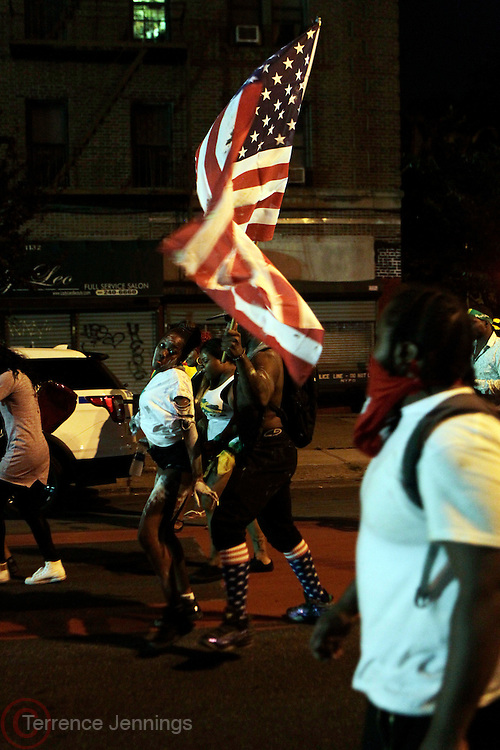